When you were a kid, where was your secret space? 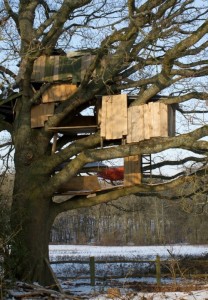 Did you hide in your closet, or under your bed?  Did you have a tree house or fort, filled with adventure and spiders?  Did you take a flashlight under your covers, and set sail on your bed/boat across the vast ocean of carpet?

Finding secret and safe spaces seemed easier as a child.  The requirements weren’t rigid; only the rules we created applied.

What made a space safe wasn’t due to solid craftsmanship, immaculate cleanliness, or the construction budget.  Only a few things were required to make a space safe:

A space that feels warm and cozy, to our skin and our soul – be it tucked under blankets or soaking up the sun and fresh air. A safe space brings us comfort and security. 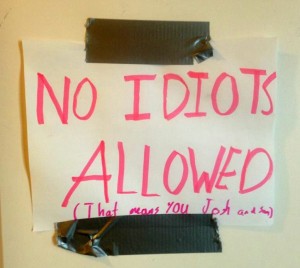 A cruelty-free zone, filled only with love and acceptance, laughter, imagination, and delight. Not many people are allowed here, nor are thoughts of negativity or comparison.

Monsters and worries are not permitted in this space.  There is nothing to fear in this space, and nothing is allowed to harm you.

And what makes a space safe is the same for us now as it was for us then.  Do you have somewhere comfortable and friendly? Do you have a place to sit with freedom from fear?  Do you know how to create such a place when you need one?

I encourage you today to create your space. To take things a little less seriously.  To let go of the monsters.  Because we need those spaces of safety, we need those times of comfort, and we need those moments of healing freedom.

Take a blanket out into the sun. Listen to nature sing of freedom and joy. Climb under the blankets with a flashlight. Sail your bed-boat across those vast oceans, so when the monsters rise up out of murky waters, you have strength and energy to defeat them. 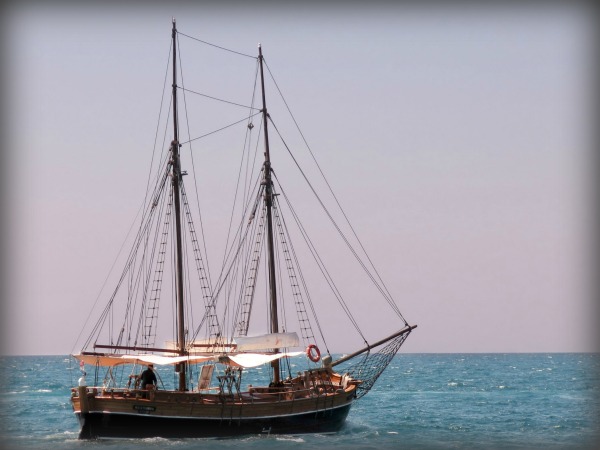 Would you like to receive posts such as these, along with other tips, gifts, and coaching in your email? Sign up here

To Sarah, it seemed like everyone woke up on the wrong side of the bed that morning.  Her boss was snappy, giving orders to make some changes to a project without even a hello. Two of her coworkers greeted her “Good Morning” with a point to their earphones.Someone even gave her outfit for the day a scowling once-over. She knew it was going to be a rough day.

And it was. Bickering started with the person in the next cubicle – via email.  Someone decided they liked the looks of her sandwich, and it disappeared from the fridge. Then the cherry-on-top of this soul-sucking day was in a department meeting, when blame for a failed project (disguised as accountability) started getting tossed around the table like a hot potato.

So how does Sarah, this enlightened fictional woman, deal with this day?  How does she not absorb all of the swirling negativity, the anger, the tossed about attempts to create shame?

When the world is swirling around you in a negative way, it’s hard not to absorb it.  But you can, with one simple reminder.

It’s not about you.

People are scowling because of their own internal dialogue, their own feelings of low self-esteem, of dissatisfaction, of disappointment.  People disengage with the humans around them because of a drive for task achievement. People hurl blame out of their own fear of rejection, of conflict, or of insecurity.

It’s about their tough day, and it doesn’t have to be yours.

So how does Sarah make it through the day?

Awareness. She lets it all go.  She sees each person as trying to deal with their own path in this life, and she knows that it doesn’t have to color hers.  She takes a deep breath, exhales the negativity, imagines a bubble of light surrounding her, and she treats herself to a special lunch. She makes it through her day at work, and then surrounds herself with positivity – friends, family, online support, books, shows… connection – any chance she gets.

All the while remembering it’s about them. It’s not personal. It could be directed at anyone (it often is), and it says nothing about Sarah’s like-ability, her capabilities, or her worth.  She let’s them own their own behaviors; she lets them be responsible for their own way.

And that night in her prayers, she asks the Creator for these cranky, scared, insecure, imperfect people to be blessed as they each travel their own, very difficult, roads.

And she asks for a new chance to shine light tomorrow. 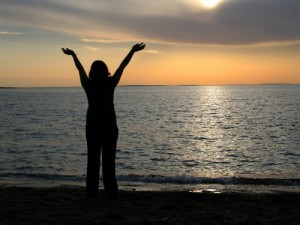 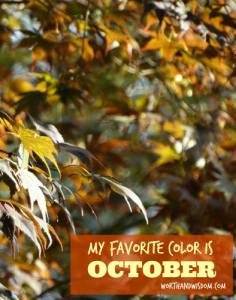 Ahh… autumn.
This has always been my favorite time of year, and now that I’m in the Pacific Northwest (as I’m learning to call it), the magic seems just a little bit richer, a little more tangible.

Leaves are changing,
the air is getting sharp,
the squirrels scurry with urgency.

My nose is most often cold now,
but I get to wear cozy clothes
snuggle deeply into blankets
and drink lots of tea.

But for me, the autumn is about even more than the beauty that surrounds me.

Maybe it’s those squirrels, but there is an energy this time of year that feeds creativity.
It’s an energy of getting ready.  It’s about being in this moment, yet also preparing for what comes next. 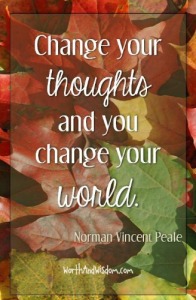 I’m guessing you feel it too.

Being aware.  And as we get ready for our next big thing, remembering to enjoy the little things along way too.

To see the beauty around us.

To design peaceful moments.
To get ready.
To live life fully.

Thanks for reading – bless your week!

If you would enjoy getting emails such as this each week, sign up here or on the left sidebar. 🙂

Reconnecting to the Worth and Wisdom in each of us

Hi, I’m Christine. Let me help you walk this journey of life with a smile on your face – one that’s real, and filled with joy and hope!

I am a coach, advocate, and teacher, and the founder of the Know My Worth and 3-word Wisdom blogs and Facebook communities – now over 100k strong. Bringing both concepts together is what you see here – welcome to Worth & Wisdom!

I teach women, often survivors of trauma, tired of being worried or overwhelmed, how to find healing and courage.

It’s my goal in life to help others see how beautiful, worthy and wise they are – and to always remember it myself.